This blog post introduces my work on 2006-2007, which I implemented DVB SSU ( Digital Video Broadcasting System Software Update ) in a satellite receiver in Turkey.

Digital Satellite Receivers are a type of Set-Top-Box, which operates based on DVB standards. Each digital satellite receiver is an embedded device with a dedicated SoC and a firmware.

Most DVB STB’s are not connected to internet network, and device firmware needs to be updated.

Sometimes, we need to update FW of Digital satellite receivers. There could be multiple reasons for that, such as:

We want to perform OTA (Over-The-Air) update of FW of STBs via Satellite signal.

The solution is to use DVB standard for System Software Update [1].   DVB TS (Transport Stream) not only include Video/Audio, but also Data payloads. These data payloads can be played repeatedly like a data carousel, to broadcast system firmware of the Set Top Boxes.

Initial uplink station was in Cologne, Germany. Later, I setup a duplicate playout backend to Turksat Gölbaşı uplink center. The overall system architecture was shown in below: 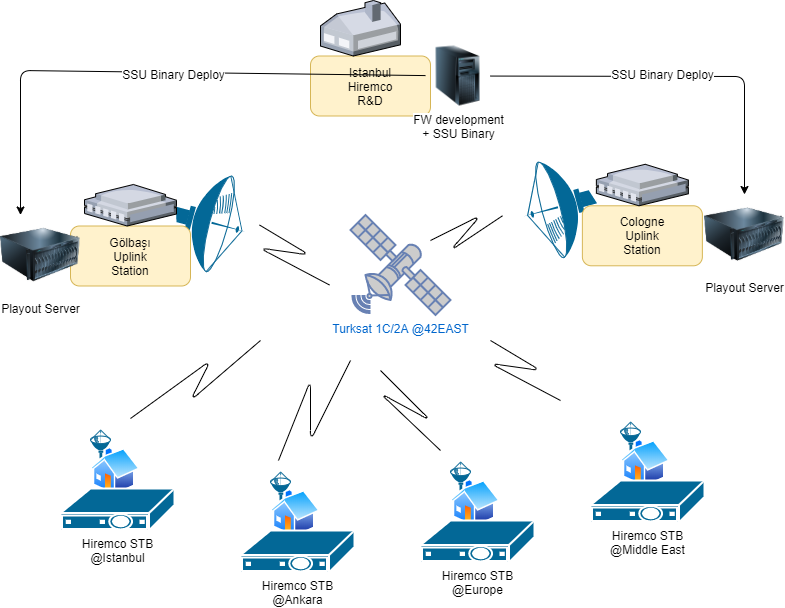 As seen in above diagram, end-users were located in both Europe and Middle East. Also, most of those customers had a dish pointed to Turksat 1C/2A satellite located at 42degree East.

Since Turksat satellite had both East and West beams, I decided to feed TS signal to both beans to maximize the coverage.

On the uplink side, playout servers were generating TS files which can be easily multiplexed with other TS files generated from Audio/Video sources (TV/Radio channels). Those multiplexed TS files are played in corresponding transponders (The frequency carrying multiple data sources).

Playout is performed as a data carousel, specified in: [2]

On the STB side, SSU software implementation was also according to the specification:

This solution was designed to be as much as portable for different kind of satellite receivers. In below screenshots, I provided two examples which download from the same transponder: 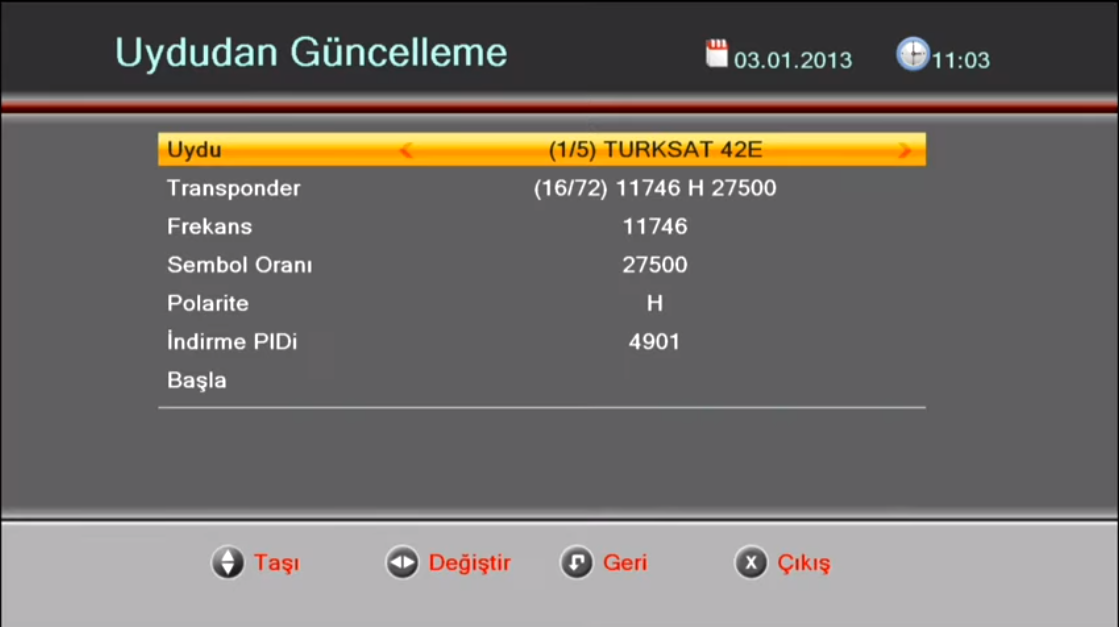 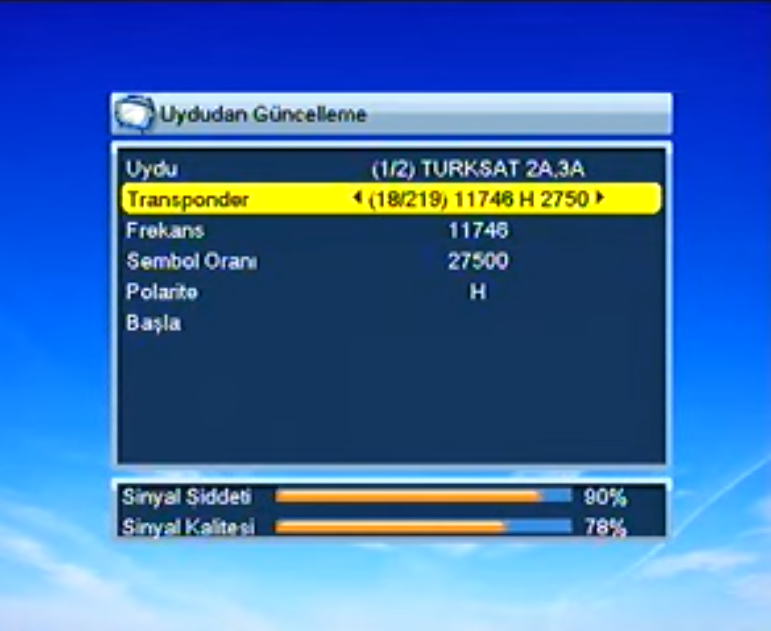 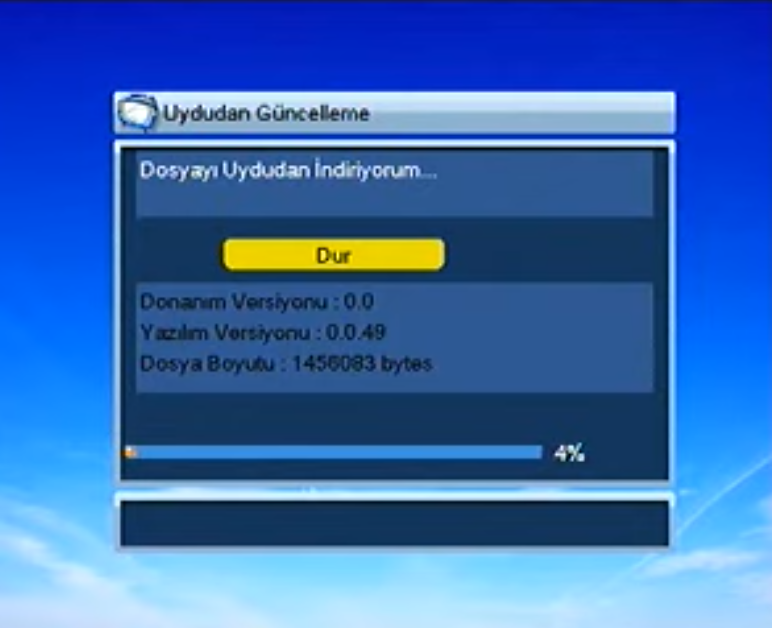 With the solution, more than 1.5 million STB’s in more than 40 counties are enabled to upgrade their FW over Turksat satellite.